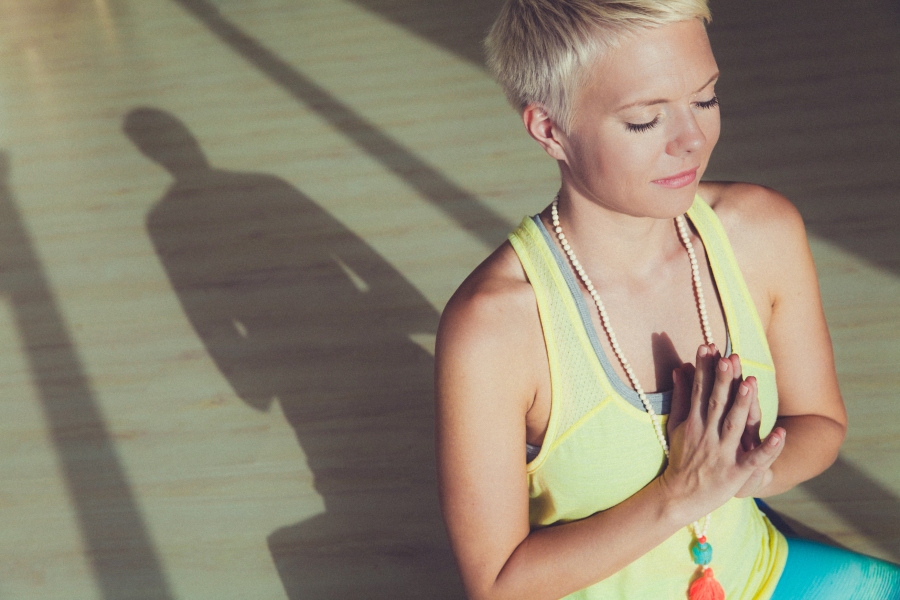 As medicine evolves and scientific research reveals its benefits, medical professionals are increasingly promoting the benefits of meditation and alternative healing to treat health problems from infertility to depression.

Dr Nasim Ashraf, head of the DNA Centre at Madinat Jumeirah, has been practising medicine for more than four decades and has seen the evolution and integration of alternative forms of healing into mainstream medicine.

At the clinic, one of the key pillars is meditation and energy healing. “It affects the brain, particularly the hypothalamus which controls other parts of the brain and from there, the mind is affected by our spirituality or spirit. The mind controls the body and all its functions such as the ability to fight cancer, infections, your immune system, even high blood pressure and heart attacks,” Ashraf explains.

“Normal doctors spend 80 per cent of their time prescribing medicines to work on the body but it’s about creating harmony and inner balance for which these complementary forms of therapy such as meditation and stress reduction are vital, because they control the mind, which controls the body, the hormones, everything,” says Ashraf.

Medics from Harvard Medical School, led by Dr James E Stahl, recently published results of a mind-body relaxation programme offered through the Benson-Henry Institute for Mind Body Medicine at Massachusetts General Hospital. Over eight weeks, participants learnt techniques such as yoga and meditation and positive psychology, doing weekly sessions with the group and at home. The researchers found that participants used 43 per cent fewer medical services than they did the previous year, saving on average $2,360 (Dh8,670) per person in emergency room visits alone.

British expat Kate Davison, a health and fitness coach, was drawn to meditation after suffering with issues including hormonal imbalance and fatigue. Advised by medical practitioners to use transcendental meditation, which takes around 15 to minutes per session and involves the use of sound or mantra, she began to explore the practice.

“My journey into meditation has been quite a long and winding one,” she says. “I probably first started exploring meditation when I was around 18. I was super sporty and fit at the time and pushing my body too much, and a combination of contracting a severe case of Epstein Barr virus and recurring injuries, found me turning to yoga as an alternative way to heal my body. In turn, I got introduced to meditation, since meditation is a key part of yoga philosophy.”

She has since experimented with many kinds of meditation and says it has had both physical and mental benefits.

“I find that my life has a completely different quality when I have a consistent, regular practice. It has had a dramatic impact on how I’ve dealt with long-term health issues and the associated symptoms of anxiety, stress and depression that accompany these. It’s helped me heal from broken relationships, losing loved ones and family members, work stresses and the usual life experiences we all go through,” she says.

Abeer Khiami, a healer at the DNA Centre, learnt first hand the power of meditation and alternative healing after suffering with health issues such as heart palpatations and ovarian cysts. She says physical pain often stems from emotional and psychological issues and past trauma. Using techniques such as clinical hypnotherapy, reiki and neuro-linguistic programming, she deals with patients with an array of issues to heal before they can shift the physical ailments. “Emotional trouble leads to the physical pain,” she explains. “We have to approach this on a cellular level to be able to heal both. The subconscious mind is powerful and fascinating. It can heal humans on many levels, physical, mental and emotional.”

Ashraf says the UAE is opening up more and more to the benefits of meditation and alternative healing. “Not just the expats but locals and those from around the GCC. They’re very well informed and see this as a complementary component to the medicinal side. We are of an age where it is all scientifically evidence based,” he says.

4 thoughts on “Why Meditation Helps To Improve Health And Wellbeing”

There was an error retrieving images from Instagram. An attempt will be remade in a few minutes.